From historic town center to fields of green: Bavarian brewery Eder & Heylandˢ recently moved its bottling shop from the center of Großostheim near Aschaffenburg to the outskirts of the little market town.

Dortmund, January 19, 2021 – From historic town center to fields of green: Bavarian brewery Eder & Heylands recently moved its bottling shop from the center of Großostheim near Aschaffenburg to the outskirts of the little market town. The traditional company's success story is inextricably linked to that of KHS. When it came to procuring new machines, once again the Dortmund manufacturer of filling and packaging systems was first choice. Eder & Heylands ultimately invested in two bottling lines from KHS that include the Innofill Glass DPG and DRS-ZMS glass bottle fillers. In the future the family business will also rely on KHS bottle washing technology in the form of an Innoclean SE, with the systems supplier rising to the task of catering for the brewery’s Schlappeseppel swing-top beer bottles.

As a regional, financially independent family business Eder & Heylands stands for craft brewing and top-quality beer. Quality is also important when it comes to filling, as filling center project manager Maximilian Weber emphasizes. “We also bottled our products on a KHS system at our old brewery in the center of town. This setup worked reliably for over 25 years.” As the possibilities for expansion at the site in the town center were limited and the machine park was also up for modernization, when planning new facilities in 2015 and 2016 it was decided to relocate.

When choosing the new equipment, among other criteria a high degree of automation was a priority, such as for program or recipe selection, automatic overnight heat-up of the bottle washers and adequate head section disinfection. The Dortmund engineering company’s technological values and low media consumption on all units also proved convincing. “KHS was able to meet our high demands here,” says Weber.

The Bavarian brewery ultimately opted for two Innoclean SE bottle washing machines and two modern glass fillers. With the Innofill Glass DRS-ZMS Eder & Heylands can wash and fill up to 36,000 standardized pool bottles1 per hour, what are known as longneck (0.33 liters) and NRW bottles (0.5 liters), and on the Innofill Glass DPG up to 15,000 swing-top bottles every 60 minutes.

Washing swing-top bottles often poses something of a challenge to breweries. “After washing bottles with caustic, the swing top mustn’t fall onto the bottle neck as otherwise any caustic that might still be in the bottle can’t be emptied and rinsed out. If this were the case, the downstream inspection unit would then channel out any bottles containing residual caustic,” explains Stefan Knappmann, the KHS area sales manager responsible for the project. “If this happens too frequently, these bottles are no longer available for further production. If the detection unit doesn’t work properly, in the worst case bottles containing caustic residue may be filled. This must be avoided at all costs so as to avoid any possible health risks to the consumer.” The machinery manufacturer thus installed a bottle base spray for the customer to circumvent this problem. Here, a jet of water pushes the bottle deeper into the individual bottle washer pocket so that the swing top cannot slip in front of the neck. Furthermore, the bottle washer on the swing-top line can also process bottles without a swing top.

One of the features that enables the customer to save on media as requested involves warm water being taken from the bottle washers for use by other clients such as crate washers. In addition, KHS installed a powerful fresh water control unit and electricity-saving function for the sprays.

KHS also satisfied the brewery’s requirements regarding the infeed of empties. “The challenge here was to match the number of empties fed into the system to the amount of beer still to be filled so that at the end of production there were neither too many nor too few bottles and crates on the line,” Knappmann states. This is because the new building makes the filling logistics extremely sophisticated. The brewhouse is still at the old production site in the middle of town; following brewing and storage the beer is transported in tank trucks by a logistics company specialized in food to the new bottling shop where it is either filled into bright beer tanks or filled directly.

The systems’ low consumption values, including a minimal use of water for bottle washing and of CO2 during filling, also had the Bavarian brewers convinced. Thanks to the filling method developed by KHS, depending on the processing program the filling equipment only uses 240 grams of carbon dioxide per hectoliter of beer. “KHS’ machinery is perfectly adapted to our requirements as a medium-sized brewery. We benefit from this proven technology,” smiles Weber. “Our production processes have also been greatly simplified and are now much more efficient.”

1Pool bottles are bottles of an identical shape used by a number of different beverage producers for filling.

KHS manufactures modern filling and packaging systems for the high-capacity range at its headquarters in Dortmund, Germany, and at its factories in Bad Kreuznach, Kleve, Worms and Hamburg, where the group’s PET expertise is pooled. The KHS Group is a wholly owned subsidiary of the SDAX-listed Salzgitter AG corporation. 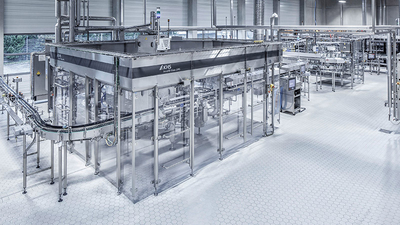 Eder & Heylands has invested in two bottling lines from KHS that include the resource-saving Innofill Glass DPG glass bottle filler. 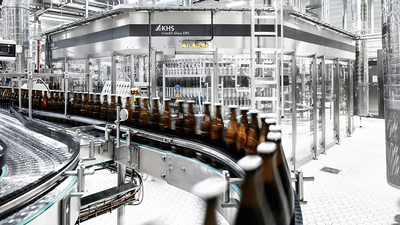 On the Innofill Glass DRS-ZMS the Bavarian brewery can fill up to 36,000 standardized pool or longneck (0.33 liters) and NRW bottles (0.5 liters). 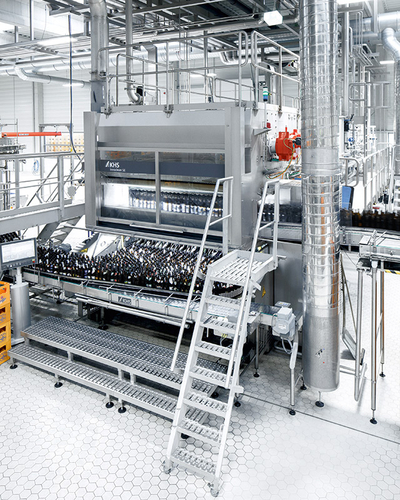 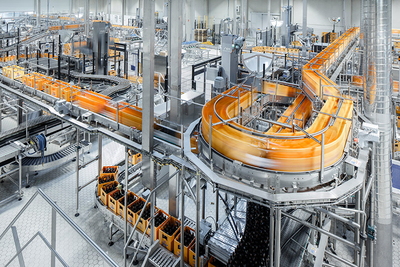 Thanks to KHS technology there is neither an excess nor a lack of bottles and crates on the line at the end of production. 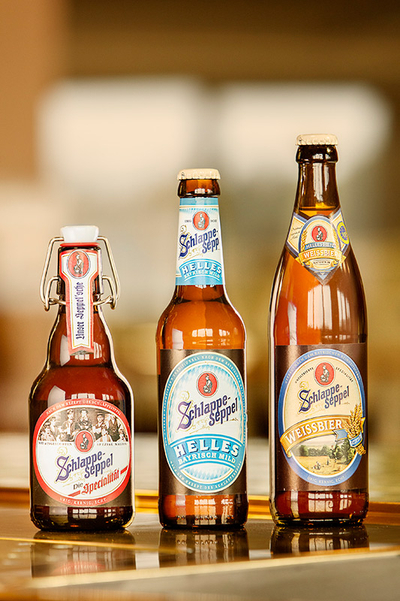 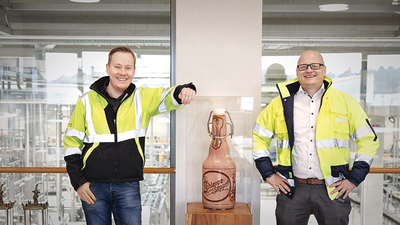