Following tests on the Nature MultiPack™ the European PET Bottle Platform (EPBP) has confirmed that it can be fully recycled.

Dortmund, May 17, 2017 – Following tests on the Nature MultiPack™ the European PET Bottle Platform (EPBP) has confirmed that it can be fully recycled. The adhesive specially developed and supplied by NMP Systems and KHS has thus been granted interim approval for further market tests in Europe until June 30, 2019. The adhesive on the unique Nature MultiPack™ packaging system has no adverse effect on the rPET. Further tests shall be run to enable permanent approval to be granted.

As a form of packaging for PET bottles which does not require any visible secondary film packaging, Nature MultiPack™ attracted much attention during its presentation. The PET bottles are held together by dots of adhesive; there is thus no film obstructing the view of the bottle. In 2016 the system won the German Design Award for outstanding communication design and sustainable packing. Considerable savings in materials and practical handling distinguish the pack from all other existing packaging variants. With the interim approval granted by the EPBP an independent body has now also confirmed that in tests the specially developed adhesive for the dots of glue on the bottles has no negative impact on the quality of the recycled PET.

The tests showed that the dots of adhesive are removed as intended by friction during the washing process. The adhesive is then separated from the PET flakes as it floats to the surface of the cleaning medium. EPBP’s interim approval is valid until June 30, 2019. Further tests which are to culminate in the issue of permanent approval will follow in the coming months.

The EPBP is a voluntary, industry-related initiative which provides PET bottle design guidelines for recycling, among other information. It assesses new PET packaging systems and technologies as regards their effect on the recycling process and tests and certifies these according to strict guidelines.- It thus supports the European PET value chain with respect to economic and ecological sustainability.

For more information go to: www.nmpsystems.khs.com

NMP Systems GmbH, based in Düsseldorf, Germany, is a wholly owned subsidiary of KHS GmbH. The company is responsible for the global marketing of Nature MultiPack™ and Direct Print Powered by KHS™, two innovative, sustainable and future-proof PET packaging systems developed by KHS. KHS GmbH, headquartered in Dortmund, Germany, is one of the world's leading manufacturers of filling and packaging systems for the beverage, food and non-food industries. 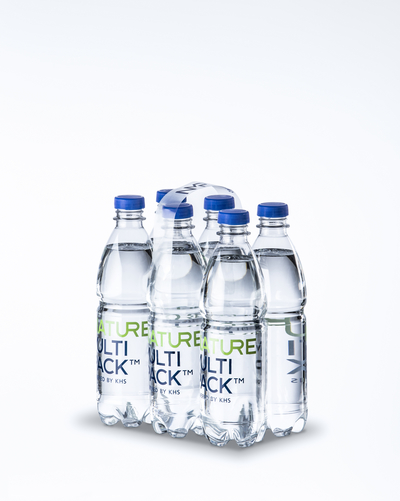 Considerable savings in materials and practical handling distinguish the Nature MultiPack™ from all other existing packaging.