In just a few years Argentinian brewery CCU has increased its market share to 33% – thanks to its bold commitment to the beverage can. With a filler and two turnkey lines KHS demonstrates that the company was right to place its trust in such a competent assistant.

Established in Argentina only since 1994, Chilean beverage producer Compañía Cervecerías Unidas (CCU) is now the second-largest brewery in the country after AB InBev. Since 2008 especially the company has undergone an extremely dynamic period of growth; with an initial market share of a modest approximate 12%, CCU today supplies about a third of the beer market. Three factors have contributed to this push: firstly, its license agreement with Heineken, whose products have been exclusively brewed and marketed in Argentina by CCU since 2004. Further contracts with Amstel, Warsteiner and Grolsch, for example, soon followed. Secondly, in 2008 the brewery in Luján around 75 kilometers from Buenos Aires was purchased, now the biggest of a total of three production facilities in the country.

Beverage can a sales booster

Thirdly and finally, the decision made in 2016 to start filling beer into cans on a large scale proved to have the biggest impact on the company’s sales development. With a mere 5% share of the total Argentinian market, at that time beer in aluminum containers was something of a rarity. In view of the high logistics costs for transport and sorting – particularly for the returnable glass bottles used up until then – CCU nevertheless wanted to make this bold move.

When looking for a partner for its technology, the brewery opted for Dortmund systems supplier KHS. “Three years ago we converted a glass line and installed a new filler at the Luján plant together,” remembers Héctor Mungo, CCU plant manager in Luján up until March 2020. “We were impressed by how committed KHS was to our market with its regional sales and service organization. The quality and efficiency of the glass line and the reliability of KHS’ local engineers helped to build up a really trusting relationship between us.”

The schedule for the new project was extremely tight and the deadline for the premiere of the new container rather ambitious: the plan was to fill the first beer into cans in November 2016 – in the middle of the peak season that here lasts from October to February. It’s crucial that there’s no downtime during this period – otherwise operators risk a massive drop in sales.

Despite a certain apprehension, delivery, installation and commissioning all went smoothly and were performed on time. “There was a span of just 45 days between delivery of the first parts to production of the first finished product. None of us thought it possible that the new line would be producing so quickly and reliably,” says Mungo, who as technical project manager is now responsible for all three CCU plants in Argentina. By perfectly implementing this project, KHS ultimately established itself as a reliable and important partner, he continues. He makes special reference to the close cooperation and determination shown in managing all of the usual challenges that crop up during the course of a project. The brewers in Luján were so enthused by what the engineers had achieved that at the end of the last day of installation the latter were sent off with a standing ovation from the CCU team.

Just three months after the launch of the new container, it was evident that the company’s beer sales were seeing a steady rise: the new receptacle was proving successful! To start with, only cans holding 355 milliliters were filled; in 2017 the next size up was introduced (473 milliliters) that soon totally usurped the smaller container.

CCU again showed that it had the right feel for the market by later setting up a third container size: the 710-milliliter can, introduced as a niche product in the peak season of 2017/2018, initially only rolled off the belt on two days in a month. Unlike the previous single-serve formats, this is a size that people like to share – a novelty not just for Argentina but for the whole of South America. The new format proved so successful that it’s now filled four days a week in double shifts and accounts for almost a quarter of the can business.

In one sense, the brewery’s rapid development reflects a change in culture; with its seven winegrowing regions and around 220,000 hectares of vineyards Argentina is actually traditional wine country – and as such holds the greatest significance in South America, to be exact. For some time now Argentinians have been turning to an alternative beverage, however: while wine consumption in the last 30 years has dropped from over 50 liters per head and annum to under 20 liters, the amount of beer drunk in the same period has more than doubled and now amounts to approximately 40 liters per person and year.

There are various reasons for this development, explains Darío Mollo, the new CCU plant manager since March 2020. For instance, today a much greater number of premium beers are on offer, both big international brands and beers from Argentina. Where the market was dominated by just two enormous breweries almost 20 years ago, there are now about 600. Unlike in the USA, for instance, with the exception of the two big corporations AB InBev and CCU, these are all microbreweries that produce less than 12,000 hectoliters a year. A mere handful of brewers output more, namely between 50,000 and 60,000 hectoliters. “Compared to the 7.6 million hectoliters CCU brews each year in Argentina, this is of course of little consequence,” says Mollo.

Parallel to the growth in competition, the variety of beer styles has also increased and with these the quality of the products. “This has made beer a totally socially acceptable beverage in Argentina and one that’s very popular with young consumers especially,” Mollo continues. “Where you used to nip at your glass of whiskey at private parties, it’s now much cooler to drink a Heineken from the can.”

Compared with countries such as Venezuela and Brazil, where the per-capita consumption is respectively 70% and 40% higher, there’s huge potential for growth in Argentina that currently only remains unexploited owing to the country’s political and economic situation. It’s thus logical that CCU wants to be poised to still the country’s growing thirst in the future. Capacity in Luján is therefore being increased from three to six million hectoliters at the moment. The company has initiated a three-stage investment program to this end that is to be concluded in 2023.

The first stage at the start of 2020 involved placing an order with KHS for a second line in Luján with a capacity of up to 72,000 cans per hour. Technically, it’s practically identical with the system supplied four years previously and, like this one, comprises an Innofill Can DVD can filler with a Ferrum seamer and an Innopas SX tunnel pasteurizer that ensures optimum microbiological product safety. The packaging and palletizing section of the line features Innopack Kisters SP and PSP shrink packers that combine the cans to form packs. These are loaded onto pallets for distribution to retailers by the robot-controlled Innopal PB palletizer.

The KHS team from 2016 returned for the installation and commissioning of the new line and were welcomed like old friends, Héctor Mungo and CCU project manager Leandro Resnicoff insist. “The teamwork between our two companies was like nothing else I’ve ever experienced in any other project. Before the pandemic our KHS colleagues were a fixed feature of our soccer matches every Wednesday evening and were of course invited to the barbecue afterwards. This was real camaraderie.” This trust was clearly rooted in the engineers’ expertise and the high quality of the work they did, Mungo believes.

All according to plan

As co-manager of the Argentinian KHS office Jorge Bosch is very proud of his colleagues’ achievements. “From delivery through installation to commissioning and ramp-up we kept to all of the deadlines despite corona – and even undershot the planned budget. The results speak for themselves: on acceptance we had an overall equipment effectiveness of 96.7%.”

Thanks to the plant machinery procured from the Dortmund engineering company since 2016, CCU Argentina can now process around 200,000 cans per hour on its KHS lines. In the meanwhile, almost half of the production flows into the aluminum containers. “As the market grows, so does the number of cans – even if not as disproportionately as in the past,” says Darío Mollo. “I expect their share to settle at 55%.” This means that the can has established itself as a worthy alternative to the tried-and-tested glass bottle. This is a remarkable tale of growth – one in which KHS has proved to be a truly competent assistant. 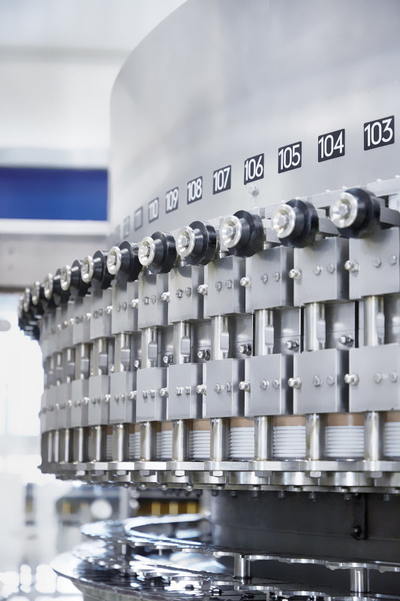 The KHS Innofill Can DVD filler processes up to 82,000 cans per hour. 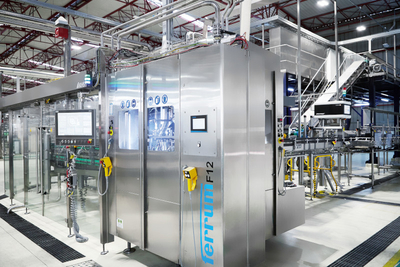 The can seamer was engineered by Swiss specialist Ferrum, with whom KHS enjoys a long and increasingly close partnership. 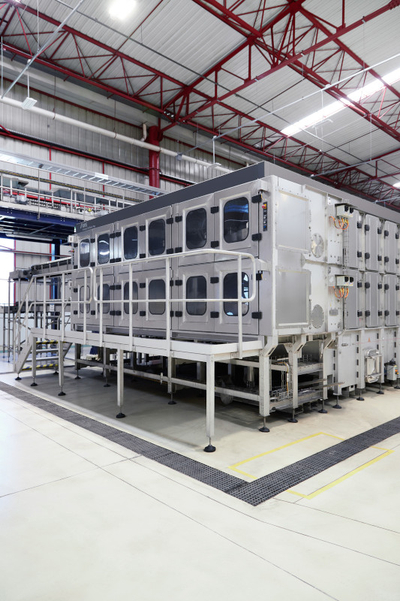 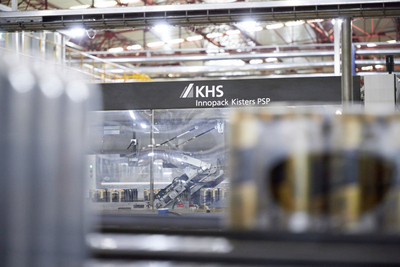 On the KHS Innopack Kisters PSP packer the cans are placed on pads and wrapped in film. 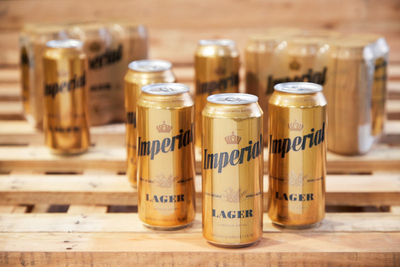 With its Imperial premium brand CCU Argentina takes on the microbrewers who have helped to make beer a socially acceptable beverage in Argentina. 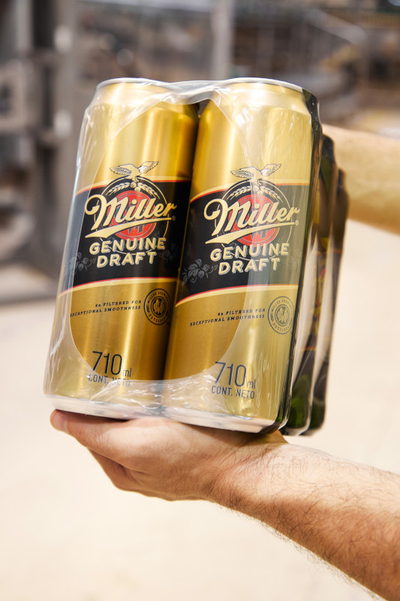 As a licensee CCU Argentina also fills international beer brands such as Miller, Heineken, Grolsch and Warsteiner into 710-milliliter cans. 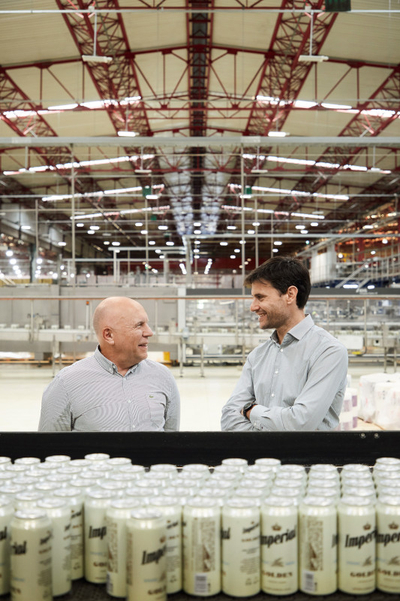 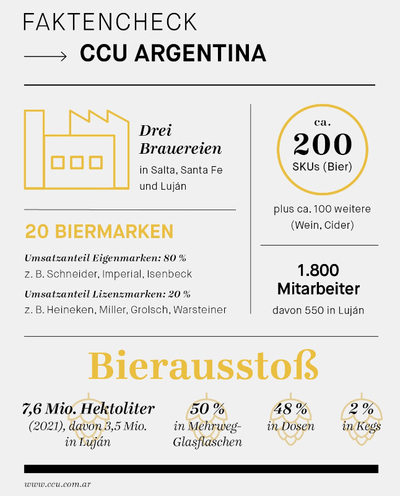