Simple conversion for great flexibility: the new packaging alternative from KHS, that wraps beverage cans in paper instead of film, can also be retrofitted to existing Innopack machines manufactured by the Dortmund systems supplier.

Dortmund, March 24, 2022 – Simple conversion for great flexibility: the new packaging alternative from KHS, that wraps beverage cans in paper instead of film, can also be retrofitted to existing Innopack machines manufactured by the Dortmund systems supplier. Customers can either opt for more flexibility by switching between film and paper packaging as required or permanently switch to paper.

Since 2020 KHS has provided a facility on its packaging machines for wrapping beverage cans in paper. In order to give customers maximum flexibility, the new function has been integrated into a combined machine: whether wrap-around packs, packs on trays or pads with or without film or paper wrappers, the new system solution can process a broad range of secondary packaging.

Paper may be a relatively new packaging material on the beverage market; especially as an alternative to plastic, however, this material is increasingly capturing beverage fillers’ interest. The paper wrapper meets consumer demand for alternative, environmentally-friendly packaging material. As not every beverage producer wishes to install a completely new machine, however, the paper wrapping unit is now also available as a conversion option. This means that bottling companies can quickly and easily react to marketing trends and consumer demands using existing Innopack packaging machines.

KHS provides two retrofit options. If paper wrappers are to permanently replace shrink film as a secondary packaging, all that needs to be done is to substitute two modules; the machine layout can stay practically the same. Here, the former film wrapping module is replaced by the newly developed module that can process paper. The shrink tunnel is also substituted by a module that folds and glues the paper.

Beverage producers who do not wish to compromise on flexibility when it comes to secondary packaging can retrofit the new KHS packaging system as an additional option on their existing machine. In this case, the paper wrapping unit is adapted and the paper folding and gluing module is installed on the machine as an extra.

Once the modules have been fitted, switching materials calls for no other conversion except the standard format changeovers. As soon as the packaging materials have been changed over and the hot melt devices are ready for operation, production can begin.

“Conversion is a simple matter on all machine types in the Advanced series,” claims Uwe Bartholemy, head of Technical Support for Packaging at the KHS Service Division. This is chiefly facilitated by the modular design of KHS’ Innopack machinery. Then a quantum leap for the industry on its launch in 2000, this plant engineering has long established itself as a standard. “Generally speaking, we can also convert older machines in this way. Here, we carefully examine each individual case to check whether the control unit needs an update or not, for example.”

From a technical viewpoint, on KHS Innopack packaging machines with a shrink tunnel only the existing film wrapping module has to be replaced by the further developed module for paper wrapping. This can then process both materials. Packers without a film wrapping module have the new module installed as an extension. As opposed to the former machine segment, this now also has a gluing station that sticks the paper together beneath the pack. The packers also require a paper folding and gluing module – either as an addition or a replacement of the shrink tunnel – where the packs are closed.

Costs for conversion are much lower than those for investment in a new machine. Moreover, only partial commissioning of the current formats is required as these have already been configured for the existing machine modules. New formats can also be set up with less effort than that required for the existing ones. Incidentally, when asked which of the two variants – replacement or addition – will be more in demand in the future, Bartholemy has a clear answer. “Paper wrappers are still a relatively new form of secondary packaging. With a view to future market development, lots of bottlers want to keep all their options open. I thus assume that the flexible combined machine will prove an extremely attractive proposition for our customers.”

At a glance: the paper wrapper conversion

The KHS Group is one of the world’s leading manufacturers of filling and packaging systems for the beverage and liquid food industries. Besides the parent company (KHS GmbH) the group includes various subsidiaries outside Germany, with production sites in Ahmedabad (India), Waukesha (USA), Zinacantepec (Mexico), São Paulo (Brazil) and Kunshan (China). It also operates numerous sales and service centers worldwide. KHS manufactures modern filling and packaging systems for the high-capacity range at its headquarters in Dortmund, Germany, and at its factories in Bad Kreuznach, Kleve, Worms and Hamburg. The KHS Group is a wholly owned subsidiary of the SDAX-listed Salzgitter AG corporation. In 2020 the KHS Group and its 5,085 employees achieved a turnover of around €1.130 billion. 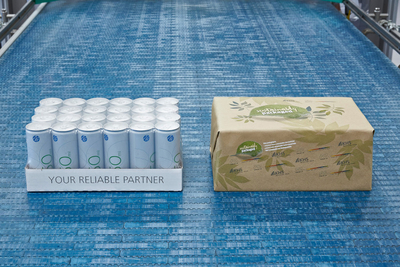 Beverage producers can choose between film packs and paper wrappers when they retrofit two additional modules to their existing KHS Innopack packaging machine. 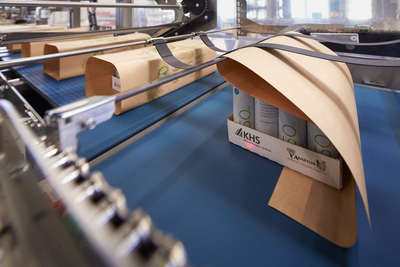 In the wrapping module the pack can either be encased in film or – as shown here – in paper. 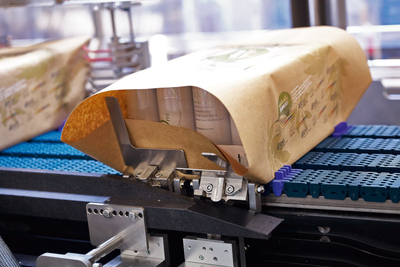 The folding and gluing module closes and glues the sides of the paper pack and can be integrated into existing packaging units with or without a shrink tunnel. 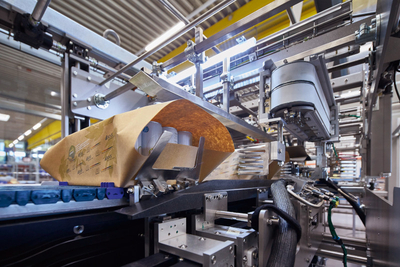 All KHS Innopack machines in the Advanced series can be easily converted. 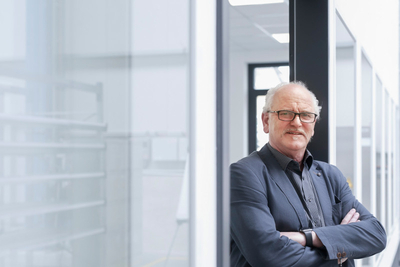 “Lots of bottlers want to keep all their options open for the future. For them, the flexible combined machine is an extremely attractive proposition,” says Uwe Bartholemy, head of Technical Support for Packaging at the KHS Service Division.