Armenia's biggest mineral water spring continues to grow. With the help of KHS the Jermuk Group CJSC has expanded its PET and glass bottle water bottling capacity and is now able to react more quickly to the growing demands of the domestic and international markets.

Dortmund/Jermuk, June 27, 2019 –Armenia's biggest mineral water spring continues to grow. With the help of KHS the Jermuk Group CJSC has expanded its PET and glass bottle water bottling capacity and is now able to react more quickly to the growing demands of the domestic and international markets. The water of the same name has long been available in Europe, the USA and the Middle East. Due to poor labeling quality a special chapter has now been added to the success story that began many years ago.

Bottled water is becoming available to more and more people worldwide. This, in addition to increasing health awareness, is one of the main reasons for the move apparent on virtually all continents towards still and carbonated mineral water. This is a trend from which the Jermuk Group CJSC, Armenia's largest bottler, is also benefiting. With a population of three million inhabitants, this comparatively small market is an example of the development in many countries of Eastern Europe and Asia. With a share of up to 90% and more, bottling in PET bottles plays a major role on these markets. The remaining 10% is almost entirely distributed over the glass bottle segment.

Market leader in quantity and quality

As one of the most well-known brands in Armenia Jermuk feels responsible for bottling water. "It's not just a matter of growing as an enterprise," says Ashot Arsenyan, president of the Jermuk Group. "We also want to offer top-quality water, bottled under ideal conditions with the help of state-of-the-art technology." This is why he has been relying on KHS PET and glass bottle filling systems ever since construction of Jermuk’s new production facilities in 2010. Further expansion became necessary in 2017 to keep pace with the growing market. The Dortmund-based systems provider was once again able convince the customer of the merits of its plant engineering. In addition to filling and stretch blow molding technology Jermuk also purchased palletizing technology, CIP and blending systems and a shrink packer from KHS.

In addition the holistic Bottles & Shapes™ consulting program provided optimized bottle designs.1 However, problems developed in the wake of restructuring. While virtually the entire line was supplied by KHS, Jermuk had initially opted for another manufacturer to supply its labeling technology – and was not satisfied with the results.

Line from a single source

The labeling quality did not live up to the bottler's expectations of a premium product. Although the labels themselves and the bottles were flawless, damaged labels were a frequent occurrence. Together with KHS those responsible quickly realized that the third-party labeling technology was neither reliable nor precise enough for the paper labels being used. In accordance with their own determination to provide superior quality the people at Jermuk rectified their decision and commissioned a KHS Innoket Neo labeler on each of the two lines at the beginning of 2018. "The problem was solved as soon as the two labelers were put into operation. The quality of the packaging is now 100% compatible with our special product," says Arsenyan.

“The project in Jermuk is of particular interest to us as a systems provider because of its overall performance,” says Oliver Schneider, vice-president of the Eastern Europe sales region. “All components are perfectly matched to each other when we configure a complete line." Accordingly, the levels of availability and efficiency of the Jermuk system are high. At up to 25,000 bottles per hour for the glass line and a maximum of 20,000 for the PET line, for KHS the project is more in the low capacity range; the chances of further growth in Armenia are thus good.

1 By producing its own PET preforms Jermuk benefits from increased flexibility and independence which minimizes any delays in the production process.

KHS GmbH manufactures modern filling and packaging systems for the high-capacity range at its headquarters in Dortmund, Germany, and at its factories in Bad Kreuznach, Kleve and Worms. The group's PET expertise is pooled at KHS Corpoplast GmbH in Hamburg, Germany, where innovative PET packaging and coating systems are developed and produced. NMP Systems GmbH based in Kleve in Germany designs and markets new, resource-saving packaging systems. KHS is a wholly owned subsidiary of the SDAX-listed Salzgitter AG corporation. 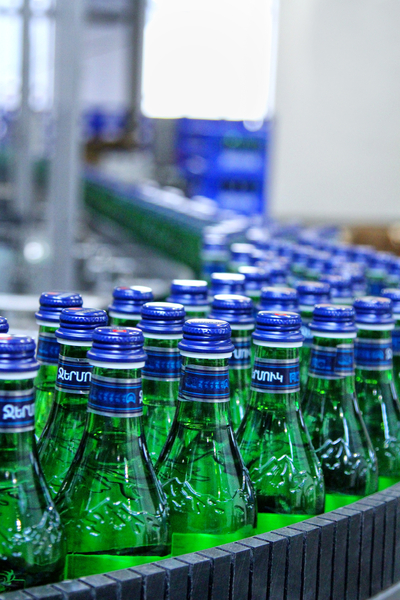 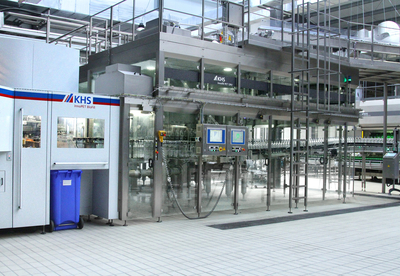 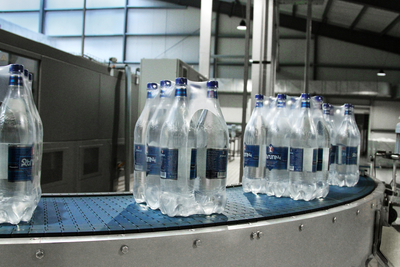