Dortmund, April 27, 2022 – Different flavors of one beverage in the same secondary packaging – this is the kind of added value the variety pack gives consumers. Thanks to a new configuration of tried-and-tested KHS machines, this increasingly popular pack can now be produced in a highly automated fashion.

A packaging trend that originated in the USA is now spreading to a growing number of other countries: what is known as the variety or rainbow pack. It contains several different types of beverage, enabling the consumer to try out a range of products in one secondary pack. This style of packaging is normally used for beverages in the high price bracket, such as premium beers, energy drinks or hard seltzers. For beverage producers, the benefits are obvious: they can directly introduce their customers to not one but several product variants during a market launch, for example.

Numerous different systems for producing packs like these exist. Owing to the varying number of manual tasks to be performed, however, to date these were only available in the low-capacity range and were usually operated by consignment companies. KHS now presents a line configuration that, with its high degree of automation, makes it possible to produce variety packs in the high-capacity range for the very first time, processing up to 120,000 cans per hour, for instance. The system is basically a repackaging line which separates containers that have already been placed on trays and pallets on the actual production line and recombines them to form mixed packs.

To this end, beverage cans are fed by type to the repackaging line from the warehouse on pallets and trays. Two robots first depalletize the different product types while pushers separate the trays into individual rows.Two vacuum unpackers then lift the cans off the tray and place them in separate positions on the conveyor belt. From here the cans travel in single adjacent lanes to the packaging machine, with a different flavor in each line. In the machine the containers are then grouped into packs of four, six, eight, twelve, 18 or 24 or other mixed packs and packaged in closed boxes. The smaller FullyEnclosed packs are returned to the trays previously emptied. These have run through the line parallel to the cans and can therefore be reused. With larger packs, additional packaging for transport is not needed as these are stable enough to be palletized as they are and are conveyed straight to the palletizer.

Up to six flavors

Depending on the configuration of the repackaging line, different mixes of two, three, four or six flavors are possible. “The charm of our system is that we use our Innopack PPZs,” explains Nils Schneider, the sales expert responsible for the variety pack at KHS. “These are proven applications in the returnables industry that we’ve converted for this purpose and equipped with newly developed format parts. The use of familiar technology also has the advantage that operators don’t need to undergo any special training. And there’s no more effort involved from batch to batch when changing between different sized packs than that needed for a totally normal format changeover.”

According to Schneider, three logical arguments speak for the offline system that is independent of the production setup. Firstly, a much higher level of investment would be needed to have the respective product types run from four different fillers directly to a FullyEnclosed packer. Secondly, according to Schneider the fillers would all have to run at the same speed and with the same efficiency and stability. “One single failure – for whatever reason – would cause the entire line to stop.” Thirdly, the containers could of course be placed loose on the pallet and the unpacker on the repackaging line thus dispensed with. “However, in order to do so an additional palletizer for loose containers would have to be installed on the existing line. The remaining beverage cans wouldn’t be saleable without further processing if, for instance, a disruption caused a surplus of one product type or another to be produced,” the KHS expert adds.

All told, Schneider believes that the system developed by KHS chiefly scores in that it can be combined with any existing line – most of which are already equipped with a tray packer, as he’s keen to point out.

KHS has also devised line configurations for the medium- and high-capacity ranges. In the variant for up to 36,000 cans per hour, for example, a robot performs not one but two tasks: it depalletizes the products and unpacks the containers from the trays. This makes the line footprint more compact and lowers the cost of investment.

Repackaging products to form variety packs in the high-performance range is primarily called for in the canning segment, states Schneider. The repacker has therefore been designed so that cans can be placed loose on trays. In the medium term, he also sees potential for glass bottles. With KHS, there’s no end to the packing diversity that can be produced here, Schneider concludes. 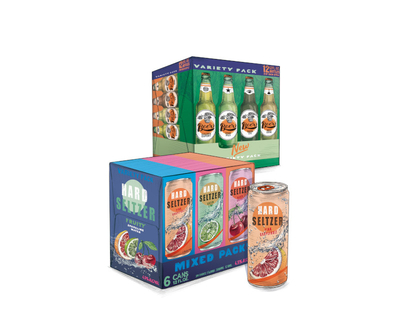 More product variants in a single pack: the variety pack makes it easier for consumers to try out different types of a beverage. 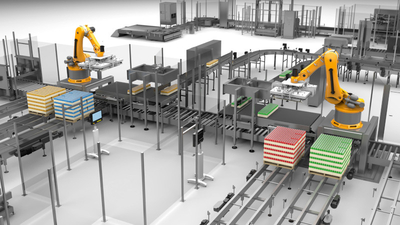 Two Innopal RKs depalletize the cans and trays with a vacuum clamping head specially designed for this purpose. 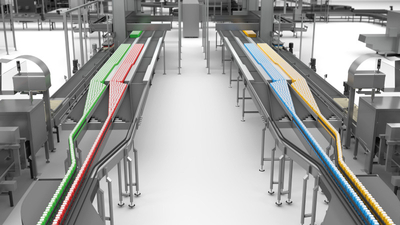 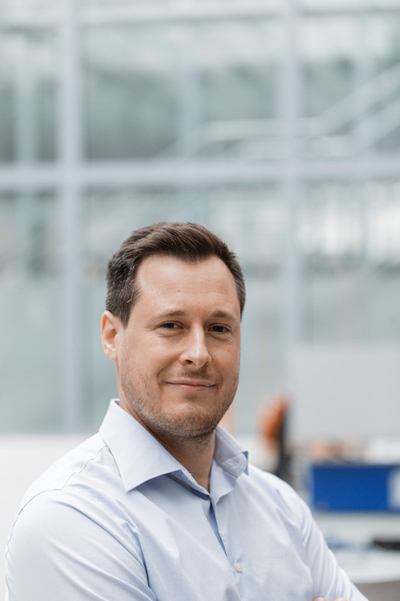 “The repackaging system can be combined with any existing line that’s equipped with a tray packer,” says Nils Schneider, the sales expert responsible for the variety pack at KHS.