KHS in India: a Green Factory Building in the making

The protection of the environment may not be the first thing people think of in conjunction with India. However, it’s in this area in particular that KHS India has become a prime example to the entire corporate group in the past few years thanks to the instigation of an extensive sustainability program.

The protection of the environment may not be the first thing people think of in conjunction with India. However, it’s in this area in particular that KHS India has become a prime example to the entire corporate group in the past few years thanks to the instigation of an extensive sustainability program.

Not ten years ago China and India were among the world’s biggest consumers of coal and two of its heaviest polluters. A lot has changed since then – and not just through their signing of the Paris Climate Agreement which was endorsed by 196 states in 2015 and aims to limit global CO2 emissions. Today, both countries are heralded as pioneers in the use of renewable energies. India’s share of renewable energies in the energy mix is to amount to at least 40% in 2030. By 2026 the government wants to shut down all of its coal power stations – a goal that seems realistic as solar energy is now the least expensive source of electricity. In the capital of Delhi the operator of the metro, which connects 208 stations along 288 kilometers of railroad track, generates the solar energy it needs to power its trains itself. This newly-industrializing country is consistently doing its utmost to combat air pollution – and has become a kind of model student who is setting an example to our so-called leading industrial nations.

Engineering company KHS Machinery in Ahmedabad, which with a population of almost six million is the fifth-largest city in the country, is also exemplary when it comes to sustainability. The managing director of the KHS subsidiary founded in 1997 is Yatindra Sharma. “Our government is very committed to climate protection and has already initiated a number of major projects,” he explains. Up until now coal country India was one of the most cost-intensive countries in the world regarding energy costs. It’s thus worth companies switching over to less expensive green energy and cutting their electricity consumption for economic reasons alone.

The ambitious plans harbored by local politicians don’t just center on energy, however; the second largest concern is to avoid waste and encourage recycling. Industry is challenged here both by official authorities and Indian consumers who are increasingly calling for sustainable products and want to make an active contribution to climate protection. This also applies to KHS in India. “Our success regarding the issue of sustainability has given us a competitive edge both regionally and globally and boosted our market image,” says Sharma, describing the fruits of his company’s labors. “Through our commitment as a company we’re making a contribution to both our society and our country. And we’re also profiting from this. Sustainable products and processes help us to gain new customers and employees and make it easier to adhere to legal provisions.” In this context KHS India is in close contact with its group parent in Germany. Expertise is exchanged in both directions, with knowledge passed on from one enterprise to another and benefits being drawn from the best practices of the respective opposite number.

The standards in India are now in accord with international norms. As far back as in 2011 KHS India had ist energy management system certified according to ISO 50001, even although the engineering in itself is not energy intensive. The aim was to develop a routine for the effective use of resources. In 2015 the company was then granted certification according to the international environmental management standard ISO 14001. This places an emphasis on instigating a continuous improvement process regarding the environmental performance of a company.

“By making our machines gentler on resources, by saving on energy and materials and through our system of waste management we’re creating added value for our customers,” claims Ajay Shah, vice-president of Operations and KHS India’s sustainability officer. “And we’re not resting on our laurels; instead, we understand energy management to be a process which we can continuously optimize.” Specific measures introduced to this end over the past few years include the installation of presence sensors in conference rooms which automatically switch off all devices which require power when there’s no one in the room. LED bulbs are now used in office, street and factory lighting and old air conditioning units have been replaced by energy-saving models.

Sensitizing and motivating personnel to save energy is also part of the process. This is done in Ahmedabad with the help of specific means of communication, training courses, the certification of team members and by honoring kaizen1 ideas which result in an increase in efficiency. The practical yields of these and many other activities are recorded and reviewed with the help of an online smart energy monitoring system.

Despite all this attention being paid to the ecological aspects of sustainability, KHS India has not lost sight of the various economic and social aspects of the issue. “Our efforts in lean management and industrial engineering are making our processes more streamlined and more robust and helping us to eliminate activities which don’t contribute to the creation of value,” confirms Shah. “We’re helped in this by our global, in-house production system KHSps which covers all aspects of operations management from process optimization through product quality, cost reduction and occupational health and safety to customer satisfaction.”

The effort is worth it: for years the KHS subsidiary has been repeatedly presented with awards and prizes of renown from a number of state and private eco nomic institutions. In 2018, for example, KHS Machinery won the Times Network Strategy Award in recognition of its formative role in its branch of industry and was awarded gold by the Quality Circle Forum of India (QCFI) for ist 5S2method of workplace organization.

The social aspect of sustainability also plays a major role at KHS in Ahmedabad: lots of measures have been implemented to ensure that employees feel they are in good hands with their employer. The company has set up a Young Engineers Club for university graduates, for instance. Here, the technical, non-technical and social skills of the next generation of engineers are developed and applied in projects and group work. Middle management has its own KHS Champions Club where executives can exchange views and experience. Numerous sports and cultural activities and a bus shuttle for commuter colleagues round off the range of services offered. The reward for these and many other ways of committing employees to KHS in India is a very low personnel fluctuation rate of under 5%. This high degree of loyalty is also expressed in the choice of place of residence: 80% of the KHS workforce live within five kilometers of the factory.

The encouragement of young talent ranks very high at KHS India: in the region the company is famous for giving talented applicants from socially deprived families the chance to learn, contribute and grow. The majority of these employees affirm that the company was right to place its trust in them within a very short time indeed. KHS Machinery uses diverse tools to win personnel loyalty, such as fast-track promotions, awards for individuals and teams and shows of recognition in open forums and at yearly events. Employees receive annual feedback from their superiors who take this opportunity to also determine a person’s individual training and development requirements. Technical training courses are run by the KHS Academy, which is also available to customers, and at the KHS sites worldwide.

Occupational health and safety is another big issue. Besides its own health and safety officer KHS also has an interdisciplinary safety committee with 33 members from all departments and levels of hierarchy. “In all of our business processes and practices we’re constantly avoiding or minimizing risks to the health and safety of our employees,” Shah emphasizes. The company’s low accident and injury rate proves this.

KHS India not only looks after its employees but also their environment, as demonstrated by a good number of campaigns dedicated to corporate social responsibility. These include a commitment to the education, hygiene and health of underprivileged children, such as providing support for science lessons and setting up medical camps in rural schools. The company’s charitable actions of course also include providing help in an emergency, such as most recently to the victims of flooding after torrential rainfall in the North Indian state of Jammu and Kashmir.

Yatindra Sharma is especially proud of the many successes reaped by his company's activities, numerous certificates and the sense of responsibility shown by his employees – with good reason, as it is they who’ve earned the plant in India the reputation of being one of the most sustainable production sites within the KHS Group. This is not a sign for Sharma to sit back and take it easy, however. “Our customers can rely on their products being safe, reliable and of very good quality. It’s this which has ultimately made KHS India a profitable organization. This a huge motivation for us to continue to strive for operative excellence.” He already has the next objective in sight: “By 2026 we want to be certified as a Green Factory Building by the Indian Green Building Council.” Until then, however, there are a number of challenges to be met – from the collection and use of rainwater to the application of renewable energies on site, to name but two. Already we can rest assured that his organization will also overcome these hurdles ...

Facts and Figures: KHS in India

Where? Headquarters and factory in Ahmedabad in the West Indian state of Gujarat, four production shops with an assembly area of 18,000 m2; other offi ces in Delhi, Mumbai, Chennai and Hyderabad. What? Filling and packaging systems for the beverage industry in more than 25 countries in Africa, Eastern Europe, Asia and Australia; about 150 machines per year; installed base: over 1,500 systems. Who? Over 400 employees, of whom 50 are service engineers. How much? Turnover (2017) of approximately INR 3,000,000,000 or about €37 million.

1 Corporate management concept from Japan based on continuous improvement processes.

2 A technique used to make workplaces and their environment safe, clean and orderly.

The KHS Group is one of the leading manufacturers of filling and packaging systems for the beverage, food and non-food industries. The group includes the following companies: KHS GmbH, KHS Corpoplast GmbH, NMP Systems GmbH and numerous subsidiaries outside Germany.
KHS GmbH manufactures modern filling and packaging systems for the high-capacity range at its headquarters in Dortmund, Germany, and at its factories in Bad Kreuznach, Kleve and Worms. The KHS Group's PET expertise is pooled at KHS Corpoplast GmbH in Hamburg, Germany, where innovative PET packaging and coating systems are developed and produced. NMP Systems GmbH, a wholly-owned subsidiary of KHS GmbH based in Kleve in Germany, designs and markets new, resource-saving packaging systems. In 2017 the KHS Group and its 5,070 employees achieved a turnover of around €1.137 billion within the Salzgitter consolidation.
The companies in the KHS Group are 100% subsidiaries of the SDAX-listed Salzgitter AG corporation. 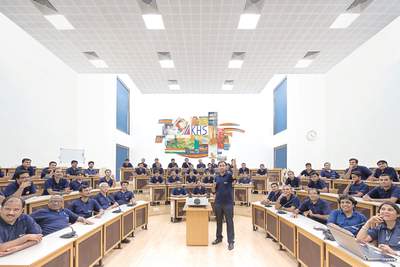 Numerous further training courses are held by the KHS Academy at KHS India’s training center, of which this lecture hall is also part. 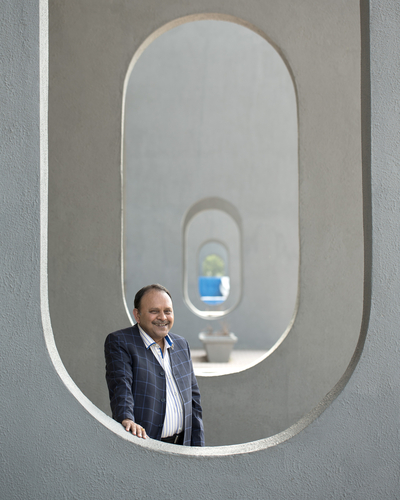 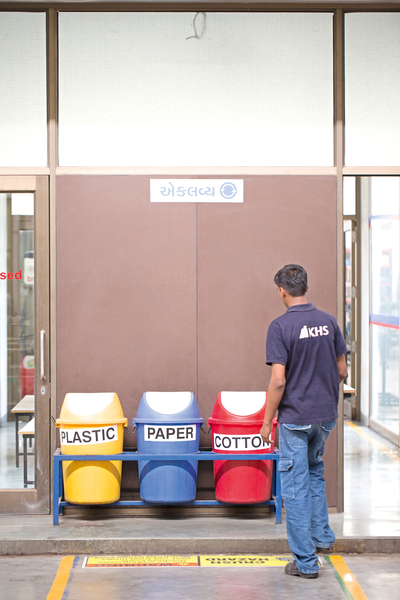 Refuse management is one symbol of the ecological commitment shown by KHS in India – although the program of course goes much further than the simple separation of waste. 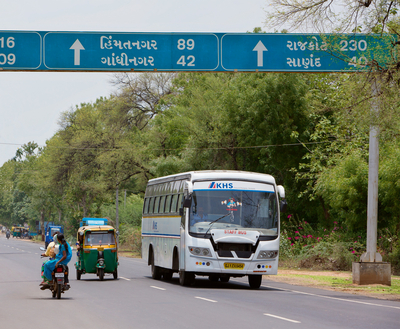 Numerous sports and cultural activities and a bus shuttle for commuter colleagues ensure an extremely low fluctuation in personnel. 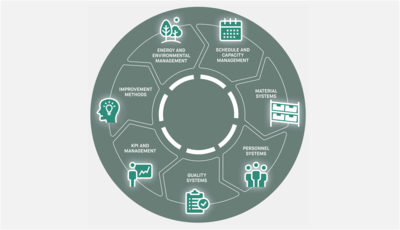 KHS pursues a determined strategy to provide its employees with excellent working conditions.