Dortmund, September 13, 2021 – Cutting-edge filling equipment, environmentally-friendly packaging and ambitious sustainability targets: Carlsberg is one of the beverage industry’s technological pioneers. The KHS Group consistently supports the brewery in the concrete implementation of its strategies. A number of projects have recently been successfully realized in China – including the installation of two canning lines. The focus here was on a streamlined layout and production design that are to act as a role model for all of the company’s Chinese factories.

Carlsberg was one of the first international breweries to start exporting beer to China about 150 years ago. For several decades now the company has been represented by a number of sites on the Chinese market, with numerous traditional operations spread across the country procured at various stages to augment its network. The enterprise, one of the leading beer companies in China, aims to improve the quality of local beers in the long term and grow together with its partners, suppliers and employees. This is to be brought about by constant modernization of existing plant equipment and the introduction of new, advanced technologies.

KHS has an important role to play in this strategy; recently, for instance, the systems provider installed two canning lines at Carlsberg Dali Brewery (Dali City, Yunnan Province) and at Carlsberg Yibin Brewery (Yibin City, Sichuan Province). “We’ve been working successfully with KHS for around ten years on the Asian market and have developed further together. This continuity throughout a good number of projects has created a sense of trust between us and makes us feel that we’re all one big team,” says Paul Kime, asset and projects director at Carlsberg Asia. Norman Gras, global key account manager at KHS, confirms this. “We no longer merely have a simple supplier/customer relationship; our two companies have grown together. Our teams work together professionally hand in hand. This is the key to success.”

This close partnership is an important factor when it comes to project implementation – as the most recent undertaking illustrates. Despite the restrictions imposed by the corona pandemic, the new canning lines were actually commissioned before the agreed date. KHS’ policy of regionalization, now in place for several years, was central to the project’s speedy realization. “In setting up our own sales organizations and increasing our local service proficiency, we provide the regional expertise needed to independently maintain, install and commission our machinery with the help of local teams,” explains Gras. With travel restrictions still in force, this is a great advantage. “Our proximity to the customer and short transportation distances have considerably helped us to meet our supply obligations throughout the entire value chain,” he adds.

In this large-scale project Carlsberg found it important that its new canning lines have a clear and streamlined layout. This was also to be as identical as possible at the two Chinese sites. “We succeeded in quickly implementing an intelligent, space-saving line concept in close cooperation with the customer’s project team,” Gras continues. The heavily reduced number of buffer and conveying segments in the new line design make higher demands of the system control and machine availability – the shorter distances between the individual stations on the line tolerate no faults in the production processes. The high degree of reliability and ease of operation and maintenance of KHS’ technology proved convincing, however. “KHS sets standards in the canning segment,” states Kime. “The reject rate is under 1% and the level of efficiency is over 95% – and is even 100% in Yibin. These are fantastic figures.” The filler is also compelling with its high capacity.

The heart of the line is the ultramodern Innofill Can DVD can filler that processes up to 90,000 0.33-liter cans or a maximum of 60,000 0.5-liter cans per hour, ranging from local brands to Carlberg’s famous products. The concept also incorporates an Innopas SX tunnel pasteurizer and a packaging system comprising an Innopack SP shrink packer at each respective plant plus two wrap-around packers in Yibin and one in Dali, where several years ago KHS installed three convincing returnable glass lines.

With its state-of-the-art robot grouping, palletizing with the Innopal PB1 RG2 gives Carlsberg the flexibility it needs to also cope with any tasks the future may have in store. The total package is rounded off by a wide range of safety equipment such as a key-in-pocket door safety system and extended protective housing.

Another special feature of the current project was the request for a lubrication-free container conveying concept and a dry production environment. “Normally we work with belt lubrication to minimize wear and keep the coefficient of friction constant,” Gras explains. “At both plants the beverage cans run dry on the belts.” In opting for this solution KHS has disproved an ancient dogma – in the past brewers were absolutely convinced that the floor had to be wet– and helps Carlsberg in its striving for greater sustainability by saving water. “The entire project was ideally executed and is an important role model for future canning line setups,” Gras smiles. The customer is just as positive about its continuing cooperation with KHS. “The successful implementation of the current project sends out a strong signal to our Chinese plants. We’ll use the positive experiences we’ve gleaned here to carry on improving – also with the help of KHS,” Kime concludes.

Carlsberg officially launched its business operations in China in 1978. In procuring the majority share in a brewery in Huizhou (Guangdong) in 1995, it was able to secure its presence on the Chinese market in the long term. Post-2002 Carlsberg began expanding its presence to cover the western parts of the country. The company now operates 26 breweries and employs around 6,500 people in China. Carlsberg produces and sells a strong portfolio of more than twelve brands in China. Its international products include Carlsberg, Tuborg, 1664, Brooklyn, Grimbergen and Somersby, with Chongqing, Wusu, Wind Flower Snow Wind, Dali, Xixia and Jing A destined for the local market.

The KHS Group is one of the world’s leading manufacturers of filling and packaging systems for the beverage and liquid food industries. Besides the parent company (KHS GmbH) the group includes various subsidiaries outside Germany, with production sites in Ahmedabad (India), Waukesha (USA), Zinacantepec (Mexico), São Paulo (Brazil) and Suzhou (China).

It also operates numerous sales and service centers worldwide. KHS manufactures modern filling and packaging systems for the high-capacity range at its headquarters in Dortmund, Germany, and at its factories in Bad Kreuznach, Kleve, Worms and Hamburg. The KHS Group is a wholly owned subsidiary of the SDAX-listed Salzgitter AG corporation. 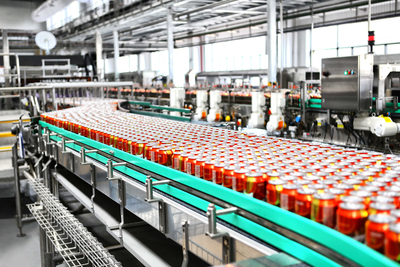 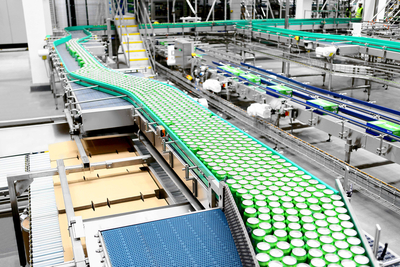 In this large-scale project Carlsberg found it important that its new canning lines have a clear and streamlined layout. This was also to be as identical as possible at the two Chinese sites. 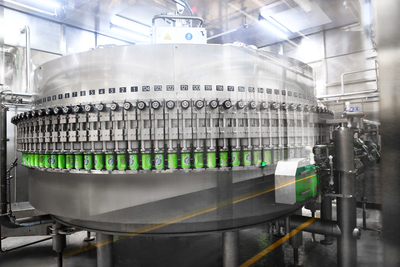 The heart of the line is the ultramodern Innofill Can DVD can filler that, as here in Yibin, processes up to 90,000 0.33-liter cans or a maximum of 60,000 0.5-liter cans per hour, holding local brands and Carlberg’s famous products. 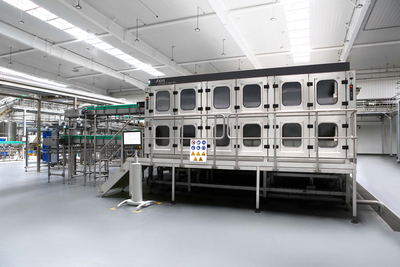 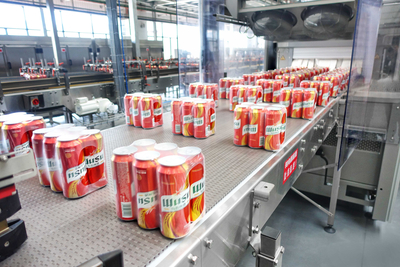 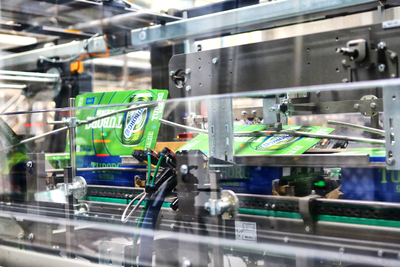 The lines include a total of three wrap-around packers: two in Yibin and one in Dali, where several years ago KHS installed three convincing returnable glass lines.