Day after day, valuable plastics are lost from the recycling loop. At the same time, the demand for resource-conserving packaging systems is constantly on the rise.

Dortmund, March 18, 2021 – Day after day, valuable plastics are lost from the recycling loop. At the same time, the demand for resource-conserving packaging systems is constantly on the rise. By enabling film made entirely of recycled material to be processed on all KHS shrink packers, the KHS Group now provides a further sustainable alternative for secondary packaging. In this context the Dortmund systems supplier also offers operators an extensive range of services for existing system retrofits and film testing. With the help of the new alternative, KHS is continuing to specifically implement its strategy of reducing packaging waste and promoting a closed recycling loop on the market.

When it comes to sustainability, plastics have a bad reputation among many consumers. “The problem here lies less in the explicit use thereof, for plastic has a number of positive material properties. It’s not just unbreakable and flexible, for instance, but also effectively protects the packaged item from various damaging factors,” says Martin Thyssen, packaging expert for cardboard, paper and shrink film at KHS. Criticism is instead aimed at the current challenges posed by the disposal and recycling of plastics. “Consumers, retailers and the food and beverage industries are thus increasingly calling for environmentally-friendly packaging systems that aren’t merely recyclable but also made of recycled materials,” Thyssen continues. With the option of now processing shrink film made of 100% recyclate, the KHS Group meets this demand and adds a further sustainable alternative to its packaging portfolio.

Use of recyclate on existing and new machines

With immediate effect, the use of film made entirely of recyclate is possible on all KHS shrink packers in the TSP, WSP, SP and PSP series. Thanks to their modular design, existing machines can be easily adapted. Fully recycled film is suitable for use with both PET and glass bottles as well as beverage cans.

KHS offers manufacturers who work with their own film suppliers a wide range of services. “At our in-house laboratory we can test whether the film destined for use is compatible with our machines,” explains Thyssen. Experienced KHS service engineers are also on hand to assist their customers with commissioning directly on site or through remote services.

Sustainable system for the beverage industry

Using recycled film is to the operator’s advantage in several respects. “On the one hand, compared to new material it reduces the carbon footprint by up to 65%, according to market information supplied by various film manufacturers, and this thus helps to significantly save on resources,” Thyssen states. On the other, bottlers would then be prepared for the planned changes to legislation in some countries regarding fixed quotas. In Great Britain, for example, by April 2022 plastic packaging must be made up of at least 30% recyclate. France is already one step further: since January 1, 2021, throughout the entire country plastic packaging must contain at least 50% post-consumer recycled materials. In both states, companies face increased taxes should they undershoot these quotas.

It cannot be denied that the use of film made of recycled material is more expensive than conventional new film. Experience shows that up to 10% in additional costs are incurred for 50% rPE, with this surcharge rising to a maximum of 15% for 100% rPE. However, Thyssen is convinced that the benefit of acting sustainably by using recycled film overrides the increase in expenditure – especially when failing to meet statutory thresholds means paying environmental taxes in the future.

Besides continuing to be easy to process, the sustainable packaging system also carries a valuable message. “In facilitating the handling of film made completely of recycled material, we’re taking a clear stand for the protection of the environment,” smiles Thyssen. In doing so, KHS is specifically endeavoring to further establish ecofriendly systems on the market and promote the circular economy.

The KHS Group is one of the leading manufacturers of filling and packaging systems for the beverage and liquid food industries. Besides the parent company (KHS GmbH) the group also includes numerous subsidiaries outside Germany, located in Ahmedabad (India), Waukesha (USA), Zinacantepec (Mexico), São Paulo (Brazil) and Suzhou (China). 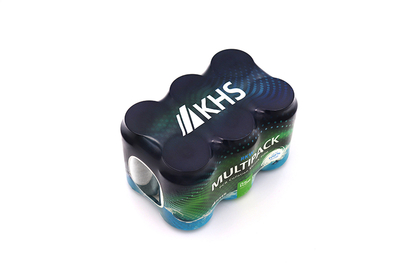 Multipack made of recycled film

By processing film made of 100% recyclate on all KHS shrink packers, the KHS Group has created a further sustainable alternative for secondary packaging. 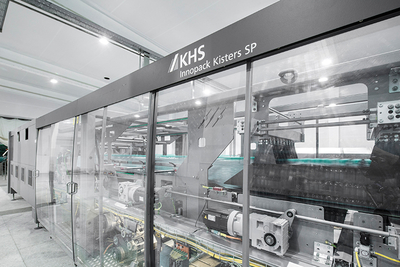 Film made of recycled material can now be used on all KHS shrink packers, including the flexible Innopack Kisters SP. The fully automatic packaging machine handles a broad product spectrum to form packs with maximum stability. 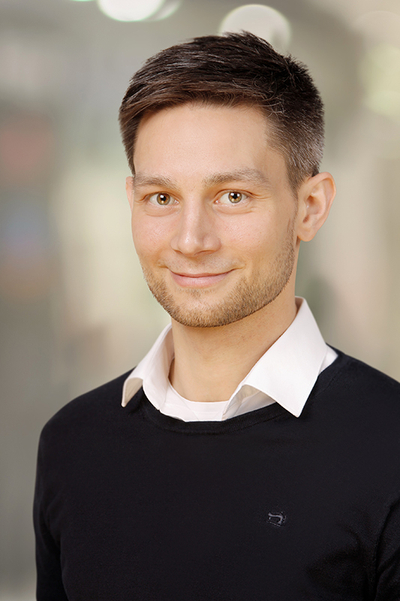 “As a partner geared towards the future, we want to help our customers implement sustainable packaging alternatives in the best way possible. Using recycled film on our machines underlines this aim,” says Martin Thyssen, packaging expert for cardboard, paper and shrink film at KHS.