Download Article (7 MB)
Two pioneering new technologies from NMP Systems GmbH, a wholly owned subsidiary of KHS GmbH, have been shortlisted for the German Packaging Award 2014. The nomination is for the clever combination of the new Direct Print and Nature MultiPackTM developments – both currently at the prototype stage. Together they produce a multipack which has no secondary packaging whatsoever, with information printed directly onto each individual PET bottle. The jury voted the "new, sustainable packaging system without packaging materials, the overall concept of which has been superbly implemented" into the semifinal. Of the 230 submissions only 61 have managed to make it this far. KHS is one of three nominee companies in the beverage packaging systems category. The German Packaging Award will be presented at a grand gala on November 11 to mark the start of the BrauBeviale 2014 trade show in Nuremberg, Germany.

Direct Print is a revolutionary technology for the direct digital printing of PET bottles, with no need for a classic label. The UV inks used for printing have a good opacity and a high brilliance and set on the containers within a few milliseconds. White, cyan, magenta, yellow and black can be applied as well as various special colors, producing a high-resolution color image with an optical resolution of 1,080 x 1,080 dpi. Extensive research has confirmed that the entire range of inks is fully food grade. Another important factor is that bottles which have been printed using the Direct Print process are perfectly suitable for bottle-to-bottle recycling.

Nature MultiPackTM is a completely new packaging system which produces multipacks where the bottles or cans are bonded to one another using specially developed adhesives. The Nature MultiPackTM principle can be applied to PET bottles and theoretically also to glass bottles and cans. Compared to containers conventionally wrapped in film Nature MultiPacks save on both packaging materials and energy during production. The sustainable, more cost-efficient system is also easy for consumers to handle.

NMP Systems GmbH is a wholly owned subsidiary of KHS GmbH. In the future it will market both the Direct Print and Nature MultiPackTM technologies from KHS.

KHS GmbH is one of the leading manufacturers of filling and packaging systems for the beverage, food and non-food industries. Headquartered in Dortmund, Germany, the company has over 4,500 employees worldwide. KHS GmbH is a wholly owned subsidiary of Salzgitter AG. With around 25,000 employees throughout the globe the German steel and technology group achieved a turnover of over €9 billion in the 2013 business year. Within the Salzgitter Group the KHS Group and two other special machine manufacturers make up the Technology division and are part of the core business of the MDAX-listed corporation. 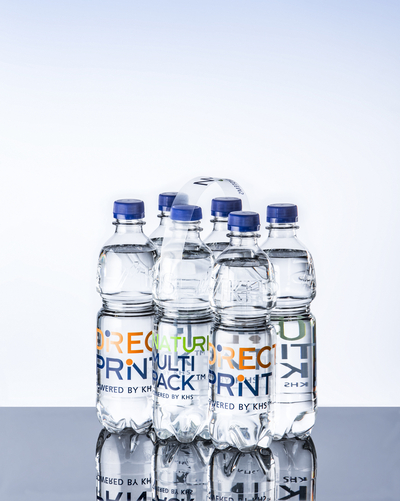